Aaron Stanley , Contributor I write about business and regulatory aspects of blockchain and crypto Opinions expressed by Forbes Contributors are their own. 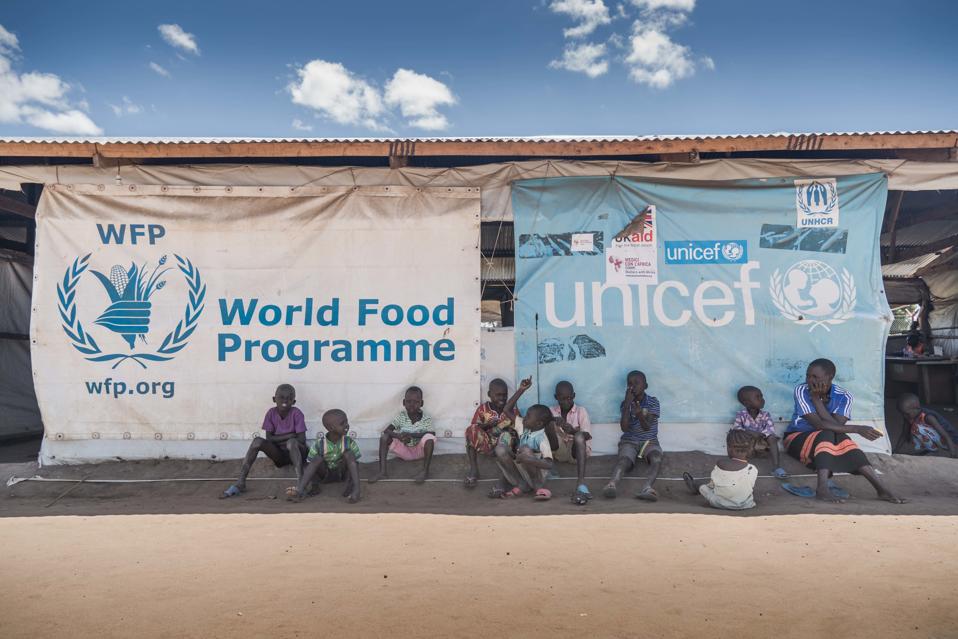 KULUBA, UGANDA – 2018/05/08: A group of young South Sudanese seen sitting in front of the WOrld Food Program and Unicef logo. The Kuluba refugee reception center is one of many reception centers in northern Uganda specially built to handle the hundreds of thousand of South Sudanese refugees influx. The reception center is where refugees are being registered by the UNHCR as refugees officially and they are only going to be staying here for 24-48 hours before being transferred to more permanent refugee settlements. (Photo by Geovien So/SOPA Images/LightRocket via Getty Images)

A U.N. World Food Programme official is defending the organization’s efforts to distribute food vouchers to refugees in Jordan via a private Ethereum blockchain, even though the project could have been done just as – and perhaps more – effectively with a traditional database.

Robert Opp, director of innovation and change management at the World Food Programme, characterized his agency’s Building Blocks project – widely regarded as one of the first blockchain initiatives to deliver tangible real-world results – as a starting point in the organization’s broader plans to deploy the technology in humanitarian settings, even though other solutions would have sufficed in this particular instance.

“There’s nothing that we’re doing now that can’t be done with a database,” Opp said earlier this month at an event in Washington, D.C. focusing on blockchain’s social impact use cases hosted by ConsenSys.

Rather, he emphasized that his agency is viewing the project as a exploratory test case to gear up for more ambitious future endeavors:

“This is just the beginning for us as far as I’m concerned.”

With the Building Blocks project, the WFP is using the technology to distribute cash-for-food aid to 100,000 refugees in Jordan who have fled the ongoing conflict in Syria, and that number is projected to grow to 500,000 by the end of this year.

Opp added that some of the criticism the agency has received for the project, particularly in relation to whether or not the effort actually requires a blockchain, is not without reason.

“We’ve been accused of riding the hype wave of blockchain because – and rightly so – the system we have right now is a private Ethereum chain on four nodes,” he explained.